A Humorous Guide to Switzerland 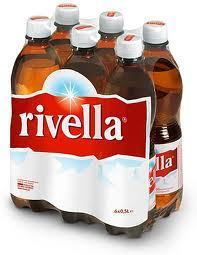 Yesterday, I stumbled upon a youtube video of two Swiss comedians the “Schmirinkis”. Even though they ended their career as comedians, Stefan Schmidlin and Rene Rindlisbacher are still two of the most popular comedians in Switzerland. Whereas Schmidlin has pulled back from the public, Rindlisbacher is currently hosting a game show on Swiss television called “The Million Trap” (Die Millionenfalle).
Show original

Did you know? 35 interesting statistics about the Swiss

Planning a trip to Switzerland soon? Check out this list […]
The 10 Best Hikes in Switzerland | alexandra taylor

Visiting Lausanne Switzerland – A City To Fall in Love With

Experience autumn in Switzerland in all its colourful glory. Bron: […]

50 Unique Things To Do in Switzerland In Summer 2020

From exploring the Swiss Alps, sailing around Lake Geneva or […]
50 Unique Things To Do in Switzerland In Summer 2020